In light with the recent Coronavirus scare capturing many people’s attention, I want to share more in details from the elemental perspective on why the virus started at this time of the year and what the elemental energy indicates where it is heading in the aim to bring in some positive energy amongst fears that is spreading as quick as the virus.

The key reason of the spreading of this virus is due to the Water element that is being represented within the animal sign of Rat. This particular water is considered the ‘winter water’, so it is extremely cold, strong and not afraid of the sunlight. On the contrary, the sunlight is being weakened by this ultra Yin force, this is why it is hard to control the virus spreading.

In 2003, SARS broke out exactly during the same month due to the monthly influence was governed by the Rat.

Another key attribute of water is ‘to move’. Therefore, the virus spreads very fast like a strong current. So the key driver in this event is the Water Rat than the Yang Metal. Interestingly, the original source of the virus came from bats – also considered the category of the rat.

In Compass School, the Rat is being represented by the North sector -坎 gua. Hubei province in Chinese means “Water” and “North”.

The Rat clashes with the ‘Horse’ on the wheel of the Chinese Astrology. The Horse 午 being represented by the South sector. Wuhan in Chinese pronounces exactly the same as the ‘Horse’. Hence, the virus broke out in Wuhan.

Given the ‘sickness star’ also flies to the South sector in 2020, we are going to see more ‘danger’ and ‘illness’ in the Southern part of the country or the world. It is exactly due to this reason, the Souther part of NSW bush fire has taken mostly of the hit this year, including disaster of ‘helicopter crash’ and other accidents. So be really careful when traveling to the South direction, or avoid it if you can.

The reason we havne’t seen any effective cures or vaccines being found is due to this month’s energy is not finishing until the 4th of February and it contains much water. This is not helpful to control the virus, however, it has provided us with much rain in Australia.

Looking at the energy in the upcoming two months, we have much to hope for and take comfort in.

As of 4th February 5pm, we are entering into the Yang Earth Tiger month. This month will mark a ‘turning point’ of the entire event. You will start to hear more positive news to define the different stages of this virus. This is because the Yang Earth (like a mountain or dam) has the ability to contain the Water element or even stop it. The Tiger sign also contains the sunlight and the Wood element, although weak, will still help to deplete the strength of the virus – the water.

However, the month of February (4th Feb – 4th March) will still remain a fierce battleground between the Water element and the Fire & Wood element. Hence, you will see new discovery of the cases but at the same time making process on ‘containing the virus’. This is because the Water Rat – being the Grand Duke, the emperor of the year, during the month of February is still in its season and have great power than the winter Earth and Wood. As the energy move towards later February and March, the Earth and Wood, will gain their foothold and become stronger to combat the Water energy. Hence, we will see this entire event start to become clear and soon be concluded.

During the month of March (from 5th March – 2nd April), the energy of the Earth and Wood continue to become robust. The strong water element will start to recede and fade.  This is the month where we can expect that the coronavirus will become contained effectively. Any efforts on the ground, measures taken by the government will see full effect.

There is a Chinese phrase carries the meaning of ‘Crisis Opportunity’ at the same time. It provides us with much insights on how to view this event. You can certainly be angry, be doom and gloom, or worse, spreading words with personal agendas, but you can also see opportunities through crisis. And it is only through this, we rise and become wiser.

I hope many people (especially in China) who are forced to stay indoors, can take this event as an opportunity to pause and ‘tune inward’ and see beyond the ‘disease’ itself, but how human can only thrive by living in harmony with nature without exploring the earth and animals anymore.

With light and illumination 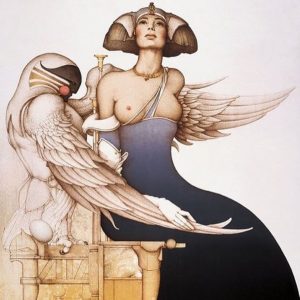 Simply provide below details to receive your Full Four Pillars of Destiny chart & discover your Essence At Birth.

Thank you, I have received your message, I will answer soon.
Sorry, something went wrong, please try it later.
Click here if you need to recupere your message and copy it into your clipboardRecupere and copy

*Please note, the Four Pillars / Bazi chart you receive provides you an overall composition of how the Five Elements present in your chart. If you’d like a detailed interpretation of the chart, book a Destiny Profiling session today HERE.

Shine your light
and Join the Tribe!

You deserve to live a magnificent life You deserve to be happy
Something went wrong, please try it later
Yes, I want!
Destiny is a choice